Share a memory
Obituary & Services
Tribute Wall
Read more about the life story of Todd Edwin and share your memory.

Todd Edwin Anderson, age 61, passed away on January 19, 2023 in Covington, Georgia.  He was born on October 9, 1961 in Birmingham, Alabama to Jerry and Jeanne Ellen Anderson.  He was a graduate of Prattville High School, in Prattville, Alabama and Huntingdon College, in Montgomery, Alabama, where he played tennis.

As a youth, Todd could be found at the Prattville YMCA, working on his tennis game, playing basketball, and enjoying friends.  After college, Todd moved to Dothan, Alabama.   He later moved to Idaho; then Colorado, where he spent most of his adult life.  He had recently moved to Covington to be near his mother and brother.  He was able to become “best friends” with his mother, and he was able to take care of her during her final days.   He attended the “Thursday Morning Bible Study” at “Bread & Butter.”  He loved being outdoors, whether fishing or just working in the yard.   Also, he loved to visit his friends.  He was known for his kindness, gentleness and helpfulness.

Todd was preceded in death by his parents, and is survived by his brother, Kyle; sister-in-law, Nancy; nieces, Erica and Leah; nephews, J. Austin, Clayton and Michael.  He is also survived by several aunts and cousins, and an uncle.

A “Celebration of Life” will be held at 3:00 p.m. on Sunday, January 29th at Wesley Chapel on the campus of Covington First UMC located at 1113 Conyers St SW, Covington, Georgia 30014.

Following the service, those who choose, will walk to “Bread & Butter” for a coffee and snack, as Todd loved to do in the early mornings.  Afterwards, we will return to the Anderson’s house located at 2140 Monticello Street.

In lieu of flowers, memorials can be sent to Covington First UMC Food Pantry. (Payable to: CFUMC; memo “for Food Pantry”)

To send flowers to the family or plant a tree in memory of Todd Edwin Anderson, please visit our floral store. 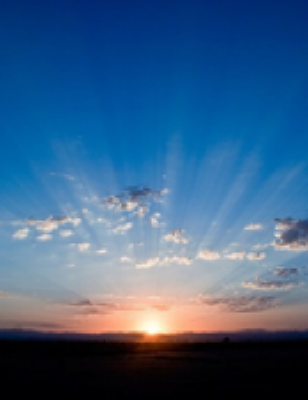