Share a memory
Obituary & Services
Tribute Wall
Read more about the life story of Clayton E. and share your memory.

Clayton Eual Torrence, of Covington, Georgia, was called home to be with his Lord and Savior on January 21, 2023, while surrounded by his family in Duluth, GA. He was 89 years of age. Clayton was born in Lynchburg, VA, on June 12, 1933, to John Carter and Orman Foster Torrence who both preceded him in death. Clayton was also preceded in death by his brother, Waddell Torrence, and his two sisters, Ethelyne Megginson and Mamie Clements. Also preceding him in death was his beloved son-in-law, Edward Fraczkowski.

Clayton is also survived by 8 grandchildren (and their spouses); Chase (and Kate), Anna Marie, and Gabrielle Thompson; Taylor McNeill and Meredith McNeill Moore (and Tim Moore); Morgan and Ben Fraczkowski (and Jenny); Clay Torrence; and 3 great grandchildren, Reid, Gibson, and Palmer Ruth Moore. He is also survived by nieces and nephews; and great nieces and great nephews.

Clayton grew up in Lynchburg, VA, where he met the love of his life, Ruth Ring and the two were married on August 9, 1958. They later moved to Roanoke, VA, where he began his career with Hercules Incorporated in Covington, VA. Clayton's job as a Design Draftsmen there led him to Raleigh, NC, where he continued his employment at Hercules and raising his 4 children. Mr. Torrence was very active in his church at Wake Crossroads Baptist where he was a deacon, taught Sunday school, and volunteered in many other ways that impacted the lives of all those around him.  In 1978, the family moved to Covington, GA where he continued his employment with Hercules for over 35 years combined service. In later years, his role as Project Engineer was very instrumental in the success of the company. Mr. Torrence retired in 1997.

In his childhood and early teen years, Clayton enjoyed participating in multiple sports at Miller Park. He was most proud of his Pop Warner football team, the Mighty Mites coached by Happy Lee, who won the 1948 National Championship in Philadelphia, PA. In Lynchburg, he began playing tennis, continuing throughout his life wherever he lived. Mr. Torrence was an accomplished athlete and played tennis well into his 80s with the retiree group at Pine Log Park in Conyers, Georgia, where he developed many close friendships.

As a young man, Clayton was drafted into the Army and served for 2 years in South Korea. Mr. Torrence was a faithful servant and had a giving heart for those who've been incarcerated. Particularly during his retirement years, he spent many days reading the Bible and ministering to those in prison. Clayton also served as deacon at Calvary Baptist Church in the 80s, East Newton Baptist Church in the 90s, and in recent years, he served faithfully on the Prison Ministry at First Baptist Social Circle. Mr. Torrence was the patriarch of his family, and he will surely be missed by all who knew and loved him.

A Celebration of Life for Mr. Torrence will be held Wednesday, January 25th, at Caldwell and Cowan, 1215 Access Rd, in Covington, Georgia. Visitation will begin at 1 PM and the Celebration of Life will begin at 2 PM with Dr. Matt Helms of Scottsboro, AL, and Jeff Bishop, of Covington, GA, officiating.  In lieu of flowers, you can make a donation in honor of Clayton at Crossroads Prison Ministries: https://cpministries.org/donate .

This obituary was prepared with love and affection by Clayton's family.

To send flowers to the family or plant a tree in memory of Clayton E. Torrence, please visit our floral store. 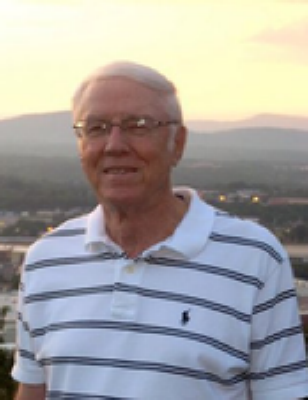